JPMorgan Chase Bank, N.A., doing business as Chase Bank, is a national bank that constitutes the consumer and commercial banking subsidiary of the multinational banking corporation JPMorgan Chase. The bank was known as Chase Manhattan Bank until it merged with J.P. Morgan & Co. in 2000. Chase Manhattan Bank was formed by the merger of the Chase National Bank and the Bank of the Manhattan Company in 1955. The bank is headquartered in Columbus, Ohio, since its merger with Bank One Corporation in 2004. In 2008, the bank acquired the deposits and most assets of Washington Mutual.

J.P. Morgan & Co. is a commercial and investment banking institution based in the United States founded by John Pierpont Morgan and commonly known as the "House of Morgan" or simply "Morgan". The firm is a predecessor of three of the largest banking institutions in the United States and globally, JPMorgan Chase, Morgan Stanley, and Deutsche Bank (via Morgan, Grenfell & Co.).

In 2000, J.P. Morgan & Co. merged with Chase Manhattan Bank to form JPMorgan Chase & Co., one of the largest global banking institutions. Today, the "J.P. Morgan" brand is used to market certain JPMorgan Chase wholesale businesses, including investment banking, commercial banking and asset management. The J.P. Morgan branding was revamped in 2008 to return to its more traditional appearance after several years of depicting the "Chase" symbol to the right of a condensed and modernized "JPMorgan".

JPMorgan Chase & Co. is a multinational banking and financial services holding company headquartered in New York City. It is the largest bank in the United States, the world's sixth largest bank by total assets, with total assets of US$2.35 trillion, and the world's most valuable bank by market capitalization. It is a major provider of financial services, and according to Forbes magazine is the world's sixth largest public company based upon a composite ranking. The hedge fund unit of JPMorgan Chase is the second largest hedge fund in the United States. The company was formed in 2000, when Chase Manhattan Corporation merged with J.P. Morgan & Co. 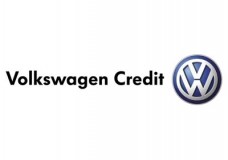 Wells Fargo & Company is an American international banking and financial services holding company headquartered in San Francisco, California, with "hubquarters" throughout the country. It is the world's second largest bank by market capitalizationand the third largest bank in the U.S. by assets. In July 2015, Wells Fargo became the world's largest bank by market capitalization, edging past ICBC, before slipping behind JP Morgan Chase in September 2016, in the wake of a scandal involving the alleged creation of over 2 million fake bank accounts by thousands of Wells Fargo employees. Wells Fargo surpassed Citigroup Inc. to become the third-largest U.S. bank by assets at the end of 2015. Wells Fargo is the second largest bank in deposits, home mortgage servicing, and debit cards. The firm's primary U.S. operating subsidiary is national bank Wells Fargo Bank, N.A., which designates its main office as Sioux Falls, South Dakota.