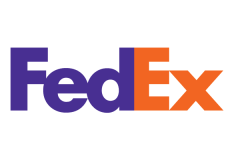 FedEx Corporation is a US multinational courier delivery services company headquartered in Memphis, Tennessee. The name "FedEx" is a syllabic abbreviation of the name of the company's original air division, Federal Express, which was used from 1973 until 2000. The company is known for its overnight shipping service, but also for pioneering a system that could track packages and provide real-time updates on package location, a feature that has now been implemented by most other carrier services.

TNT Express is an international courier delivery services company with headquarters in Hoofddorp, Netherlands. The firm has fully owned operations in 61 countries and delivers documents, parcels and pieces of freight to over 200 countries. The company recorded sales of €6.91 billion in 2015. Its major competitors include United Parcel Service and DHL. TNT's competitor FedEx reached an agreement to buy the company in April 2015, which was completed on 25 May 2016.

United Parcel Service, Inc. is the world's largest package delivery company and a provider of supply chain management solutions. The global logistics company is headquartered in Sandy Springs, Georgia, which is part of the Greater Atlanta metropolitan area. UPS delivers more than 15 million packages per day to more than 7.9 million customers in more than 220 countries and territories around the world.